“30% of the people who come to the fair bought their first piece of art.”

On to its 13th edition this autumn after 9 years in the local running, we find the Affordable Art Fair at its usual home ground in Singapore, dominating a dual-leveled floor space in the F1 Pit Building. Staying true to its rubric, artworks are valued at $100 to $15,000with 75% of the pieces falling below $7,500. Hosting a total of 80 galleries from around the globe, of which 22 are first-time exhibitors, the fair saw a hike in the number of participating local and international galleries in comparison to the 70 during the 2017 Autumn edition and nearly doubling the same year’s Spring edition of 42 galleries. The highly anticipated art fair in Singapore that was organized biannually between 2014 to 2017 has reverted to its exclusively consolidated Autumn installation. “As event organizers, you need to be really flexible with the market.” A casual conversation with Fair Director Alan Koh while we occupied a table by the Art Education Hub quickly revealed that the AAF has preserved their inceptive intentions of empowering visitors to view and purchase art regardless of prior experiences within an accessible and pressure-free environment. “30% of the people who come to the fair bought their first piece of art,” gauged Alan whilst explaining that their target audiences are everyday people who indulge in lifestyle experiences. An education-centric event, the fair serves as an industry classroom for those who wish to be elucidated on the varying forms of art and the initiative process of art collecting.

The current edition of the Affordable ArtFair presented a one-up take on their educational processions with an amusing interactive installation of the classic Monopoly board game; except UK graffiti artist Dean Zeus Colman’s rendition of it, titled Artopoly, was a tongue-in-cheek embodiment of the contemporary art market and its history. Inspired by the influx of demand for works of art by industry heavyweights like Banksy, Damien Hirst, or David Hockney, the artist placed iconic artworks and artist names at every corner of the game board that compliment or juxtapose the ever-shifting value of the art market and the participants within it. Special Projects Manager and owner of Stick Together Gallery Audrey Sykes gave us the low-down on the developments of the concept the art fair adopted to better the audience interactions within the event. She explained that the humdrum of transactions at art fairs are usually only suited towards the gallerists, artists, collectors, and buyers who are aware of their intentions as seasoned individuals, resulting in a sterile environment for the other visitors who attend the art fair for the first time. “And what I always notice was what could be done to maybe bring these two sides closer together,” continued Audrey.

With Artopoly, it was a three-pronged concept that sought to tackle her concerns in a fun and creative way best suited to the nature of a fair that is open to the viewing of the general public.

Firstly, the artworks on the wall which were in direct relation to the core display piece were up for sale. Buyers were offered several options from the types of boards to the color combinations of the tiles bearing the names of prolific artists to be customized within their purchases. Discounts were also granted depending on the quantity of acquisition within the set of their choosing. Secondly, the floor piece game board spanning a space of about 6m by 6m allowed for direct audience interactions and photograph opportunities with the piece. According to Forbes Communications Council, “Effective interactivity combines authentic motives with quality content,” and such is the case reflected by the fairgoers as they stepped up to roll the dice to traverse the artist property tiles. After all, where the tokens land is anyone’s guess, a parallel to the art market’s indefinite fluctuating values. Finally, synthesized within the entirety of the fair is an activity which epitomized the idea of audience interactions. Throughout its 3-day run, the AAF prepared a total of 8,000 postcards with the Artopoly gameboard printed on them and 80,000 stickers of the artist property cards to be handed out to its patrons. By visiting various booths or stations and participating in programmes, guests were awarded the stickers, such that obtaining all the artists of a colored set would win prizes. This provides a myriad of touchpoints for visitors to be immersed within the happenings of the art show and encourages them to partake in the educational aspects of the art trade. The activity tugs the general public away from the sidelines and into the fray of the art market, nudging them to question the impact art has on an economic and social level. Advised Audrey, “there are some benchmarks like auctions and collectors that give you the market price, but a lot of times it just comes down to what you like.”

Placing elements of familiarity within a foreign setting had been a strategic and proven effective implementation by the AAF. The event drew in more than just the major players within the art industry. The bid to dwindle the intimidation towards getting to know art has raised the bars on its visitation numbers from 11,000 the previous year to dual-leveled 12,000 this Autumn edition. The AAF has been a platform committed to the changing landscape of the art scene. Its emergence since 1999 has been nothing but triumphant as a melting pot of artistic endowments set to amuse, inspire and even jolt the viewers into alternative perspectives.

The fair has upheld art industry track record in facets of education and sales through the years. Switching up the interactivity with a game system as a fun introduction within the fair was an excellent call in garnering public attention towards dual-leveled possibilities of the contemporary art trade. Not only are the elements of familiarity catered towards the general public, specifically curated features are opted to ring a bell in the minds of people who are within the industry. A total of $3.7 million was generated over the 3 days of the show, parring off with the sales last year. To many, art is an investment; while that may hold true to quite an extent, Audrey Sykes reasoned that “the most important thing is that you like it.” As patrons of the arts ourselves, we could not agree more. After all, the numbers on the names are ephemeral as itis the market’s disposition for them to fluctuate.

The Affordable Art Fair Singapore will return on the 22nd to the 24th of next November with exciting surprises to commemorate its tenth Autumn edition at the F1 Pit Building. 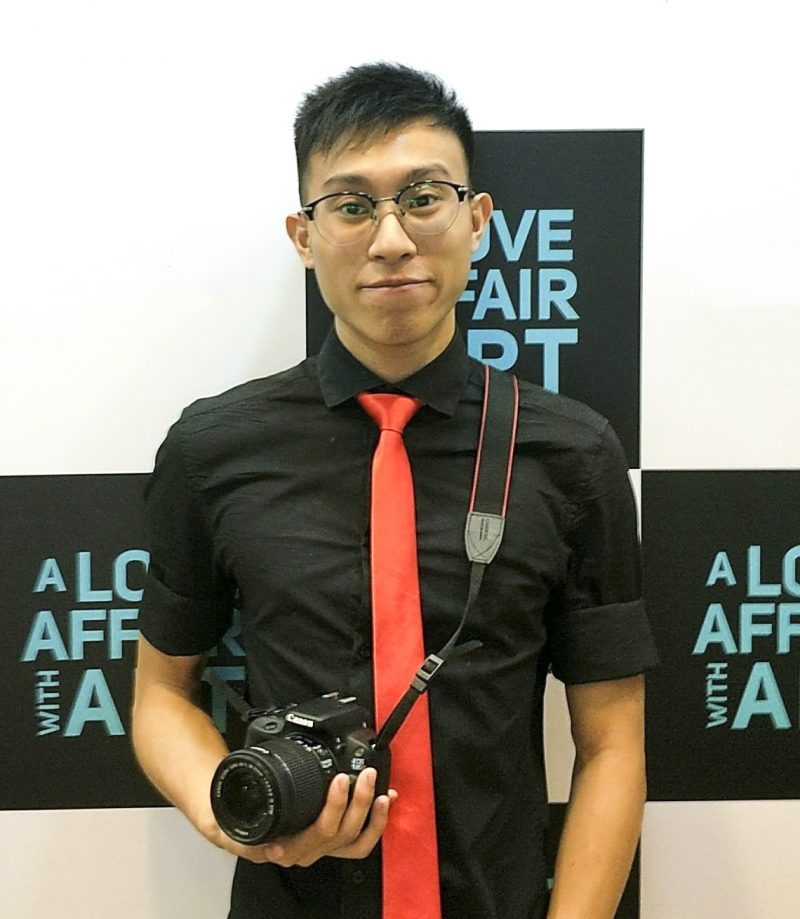 Ryan Mario is an educator by profession and an art journalist by passion. As a Singaporean writer of contemporary arts, he has developed a keen conceptual sense towards the analysis of artworks. His works mostly delve into the social and cultural impacts in local contexts. Mario’s primary research trajectory is on the economic and cultural balance in the art business. He has aided several emerging and established artists with the documentation and of their works and written several articles for major art events and fairs. Through his writings and art education initiatives under the brand name of Trigger Hearth, Mario aims to fortify Singapore’s creative diplomacy with other countries within the art sector.

Handcrafted with love © 2020 All rights reserved.